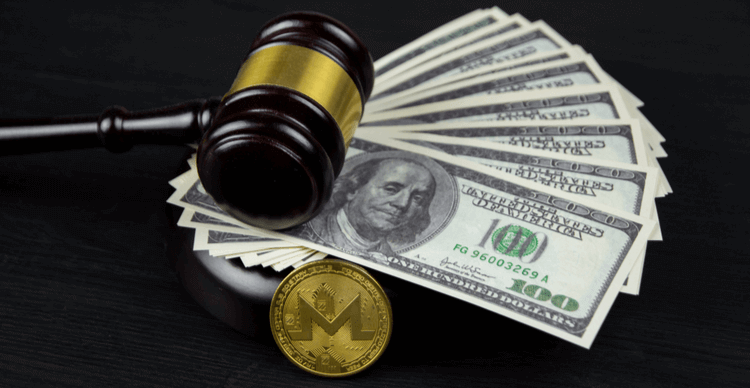 The FBI and NCIS arrested a US Navy engineer and his wife on Saturday for trying to sell nuclear secrets to a “foreign party”.

Jonathan Toebbe, a US Navy nuclear engineer, and his wife Diana Toebbe have been apprehended by federal authorities for allegedly trading confidential military information. The couple was arrested while making what would have been the third deposit of funds in Jefferson County, West Virginia. Toebbe allegedly received a total of $100,000 in Monero (XMR) from an undercover FBI agent posing as the representative of a foreign power seeking to buy military secrets.

An engineer working as part of the Navy’s nuclear propulsion program, Toebbe had been selling information on the design of nuclear-powered warships to the “foreign power” for about a year. His position as a nuclear engineer in the navy earned him a national security clearance by the US Department of Defense, which allowed him to get his hands on confidential information.

He first sent confidential information to a foreign government in April last year. The nuclear engineer used an encrypted e-mail to arrange with the other party, which he believed to be a foreign country. The exchange lasted for months before they agreed on a deal that would allow him to receive Monero for the information he stole.

In early June, Toebbe received the first payment, $10,000 in cryptocurrency, intended to cement the relationship. He then delivered an SD card hidden in a sandwich to a pre-agreed location in West Virginia, with his wife keeping watch on June 26. He then sent the decryption key of the SD card, which contained information about underwater nuclear reactors, by e-mail after receiving a second payment of $20,000 in crypto.

Two months later, he made a similar deposit, but this time in Eastern Virginia. He used a chewing gum wrapper to hide the SD card, and after sending the decryption key, he was paid $70,000. Unaware that the whole exchange was a set-up, Toebbe continued to deliver the third “package” on Saturday, but he was arrested on the spot by FBI agents who had followed him. The agents allegedly followed Toebbe and identified him during the first two deliveries.

It is believed that the couple resorted to the Monero currency for the transaction due to its high level of anonymity. This corner is known to be almost impossible to trace because its addresses are not publicly visible, except for the parties involved in the transaction. Its use in the context of criminal activities has led different government departments to hire experts to develop tools and systems to track transactions involving this cryptocurrency.

Bit2me opens an office and expands its operations in Brazil

what better buy between ETH and SOL?

Why ETH investors could have tough days despite these promising updates

Ethereum: Is the Merge nothing more than another “sell-the-news-event”