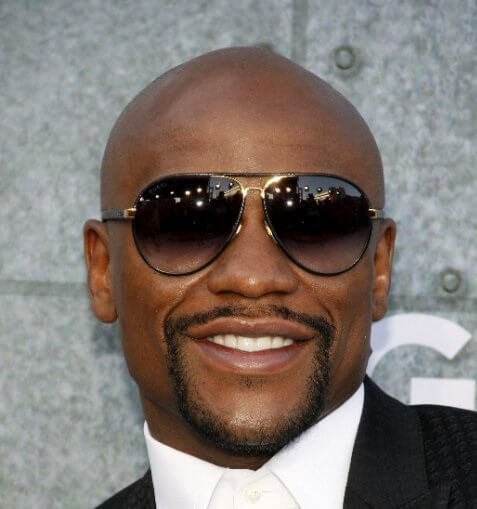 I believe that Bitcoin can make the world a better place – a form of digital and decentralized currency with a strict supply ceiling, like the world has never seen before.

In particular, I think that innovation within stablecoins and decentralized finance can create a fairer, more democratic and accessible financial system, compared to the current system which is too often in favor of those at the top, widening the chasm of inequalities that is plaguing so many countries at the moment.

But let’s not be mistaken – there are also dark sides to this wonderful industry. And the aforementioned potential, possibilities and dreams of making a real difference are still far from reality.

Whether you are pro- or anti-regulation, the truth is that this is a $1.2 trillion industry that has been allowed to operate freely. It’s an overused expression of the cryptocurrency industry, but the “wild west” is still the perfect way to describe it. Of course, this has huge advantages because innovation can accelerate, creators have carte blanche and obstacles remain minimal.

But as important as the benefits of minimum regulation are, I don’t want to discuss them here. I want to talk about the negative externalities of this environment; I want to spend time watching the bad guys who can operate in space, with a salivating advantage at the expense of innocent members of the public.

Let’s do a case study on an individual who exploited the system and the gullible investor to his advantage, perhaps more than any other: Floyd Mayweather.

Floyd Mayweather is a boxer known for his exciting fighting style, humble attitude and respect for women. OKAY, that was a joke.

Let’s talk about money because that’s what this article is really about. Mayweather was ranked sixth on the Sportico athletes’ all-time earnings list last year, with $1.2 billion adjusted for inflation throughout his career. But have you seen the price of gas recently? Apparently, even $1.2 billion makes it difficult to make ends meet in modern America, because Floyd “Money” Mayweather turned to cryptocurrency-related scams to supplement his income.

His Twitter bio can be seen below, promoting some kind of metaverse-related project called “mayweverse”, which, if you ask me, couldn’t be worse.

The funny thing is that when this project was announced, he completely abandoned the project Floyd NFT which he had not stopped promoting before. He also deleted all tweets and public social media posts related to the post.

Fortunately, things live forever on the Internet, so you can see an example below of Mayweather, usually humble as he chats with the camera from the pool of one of his mansions.

Even worse, he didn’t even inform the team (or the investors) behind FloydNFT that he was launching another project or abandoning the previous one. What a class, Floyd. 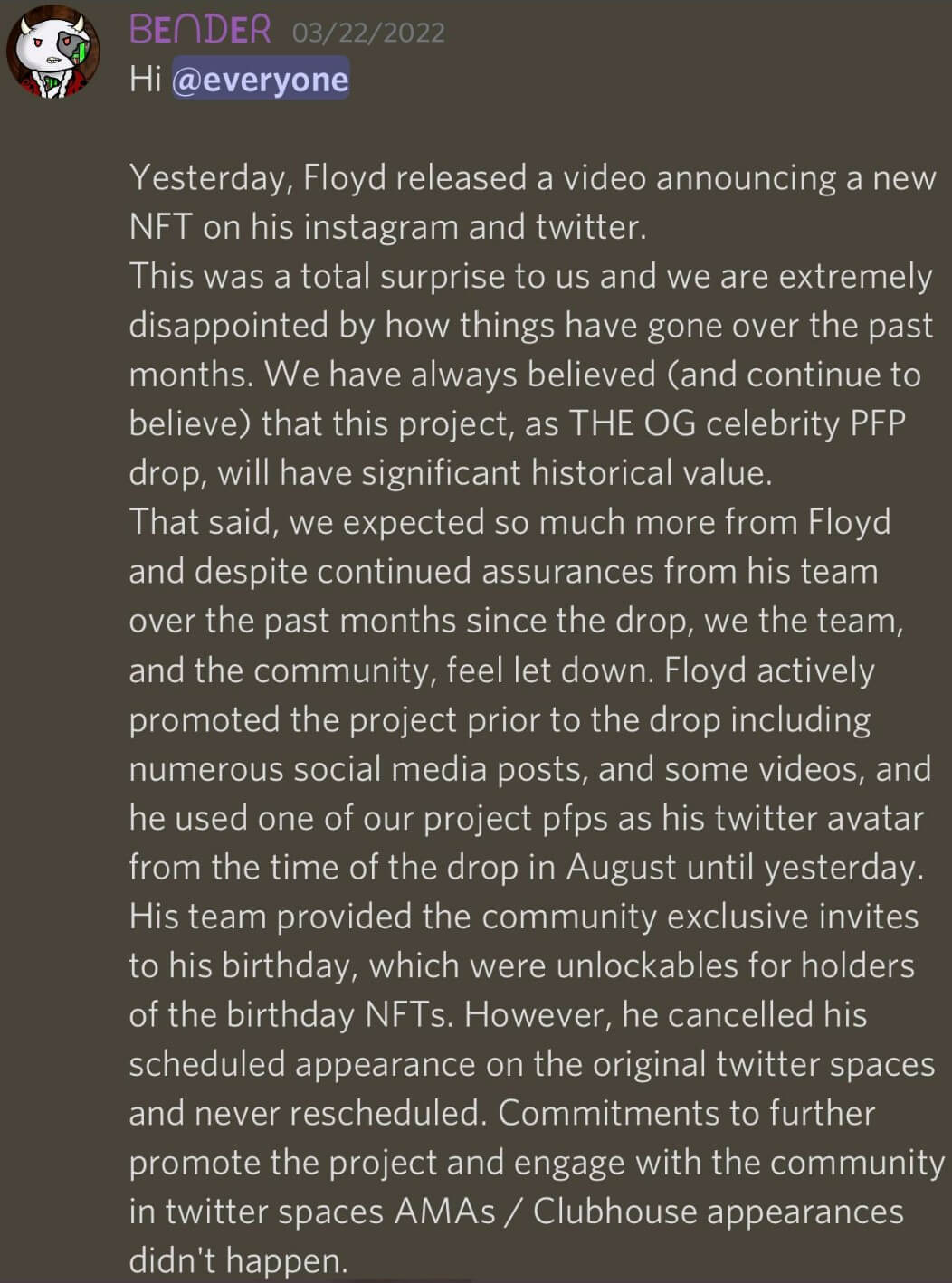 Oh, and what happened to the Mayweverse? Yeah, it was a scam, the holders losing everything. The team behind it was anonymous and was therefore able to withdraw without consequences. As for Floyd, there don’t seem to be any repercussions, which is unfortunate but not surprising at all. On the bright side, God bless the @bestvideosoftct Twitter account, because they have the gem below from one of Mayweather’s many promotions.

“And of course I’m the money man, but guess what? Be a part of history, own a piece of my legacy and you can make money too” – Floyd Mayweather

Ethereum Max is a token that sponsored Mayweather’s “fight” with YouTube personality Logan Paul. Heavily promoted by Mayweather, he showed up at the weigh-in wearing an Ethereum Max t-shirt, while the official fight card announced the token and tickets could be purchased with the currency.

Just for fun, I have plotted the price evolution of the token below since the fight.

Bored Bunny and Moonshot were similarly promoted carpets, but in truth, I can’t be bothered to get into the details behind them. There are also a host of older projects from the previous crypto cycle, including ICOs that have gone to zero, which Mayweather promoted.

Take care of yourself, people

I don’t think I need to make it clear that Mayweather is not a good player in the market. He has been imprisoned several times for beating his girlfriends, with a long list of cases of assault, assault and harassment against him. Given his status as an incredibly gifted fighter, repeated physical abuse is even more disgusting and cowardly.

But it is these morally bankrupt types of people who can excel in the cryptocurrency business, given the lack of regulation and the easy ability of anyone to fork a coin or mint an NFT collection and sell it to the masses.

This is an acute reminder that while due diligence is essential for investing in any asset class, it is even more crucial in crypto where anyone can scam anyone, as long as they have a WiFi connection and don’t have a good conscience.